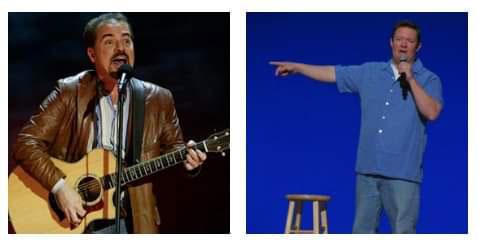 Pat Godwin is one of the most clever songwriters and quick-witted live comedians in the business with his high-speed, low-drag act that constantly evolves.

Reno Collier is a national headlining comedian who has appeared numerous times on Comedy Central. He was one of the stars of “The Blue-Collar Comedy Tour: The Next Generation. He also toured nationally with Larry The Cable Guy, Jeff Foxworthy and Bill Engvall.